Is it time to replace your windows in Park Ridge? 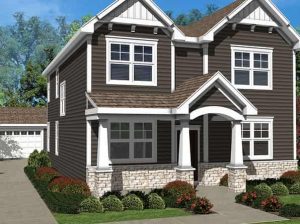 How do you know when it’s time to consider a window replacement for your home in Park Ridge?

You can tell in several ways. If it’s especially cold (or hot) in the room with your old windows, that’s one sign.

These windows have gaps and broken seals that let in air from the outdoors. If you’re always reaching for the thermostat to make the house just a bit cooler or warmer, there’s yet another indicator you need new windows.

More than likely, your current windows have poor insulation quality, so you find yourself adjusting the thermostat often. Still, running your heater or air conditioner all the time increases your energy bill. Yes, that’s right, your old, drafty windows cost you more money than you realize every single month.

Once you decide you want to invest in new windows, call on us at Royalty Windows.

We’re a Chicagoland window and home renovation company that has more than two decades of service in the city. We carry windows from your favorite brands, including Andersen and Marvin.

Not only are we window replacement experts, but we provide home remodeling services as well. Our passionate team can help you select the windows of your dreams and have them matched to your décor.

Besides looking gorgeous, our windows also boast great energy efficiency. They have high marks from Energy Star for heat retention. That means you can give your thermostat a much-needed break.

We also offer triple pane windows, which can reduce noise from O’hare airplanes.

Park Ridge, Illinois in Cook County is a suburb of Chicago.

The city has 14,646 homes in all, with 10,465 families and 14,219 households.
There are more older residents than younger ones here. Only 24.5 percent of those 18 and younger comprise the city population.

Those 18 to 24 contribute little to the city’s demographics, as there’s just 5.5 percent of them. Once you get into the 25 to 44 camp, the numbers increase, with 24.5 percent of those in this age group living in the city.

The city gets its name from the fact that it’s located on an actual ridge. There’s lot of clay deposits in the soil, enough that Chicago created its own brick-making center back in the day.

Before settling on the name Park Ridge, the city had other names: first Pennyville (after historic city local George Penny) and then Brickton, probably because of the city soil.

Here’s another fun fact: Hillary Rodham Clinton attended school here. In 1965, she graduated from the Maine Township High School South and was part of the school’s initial class. She later returned in 2016 to her old stomping grounds while on the campaign trail.

Passing through this beautiful city and looking for something to do? You don’t want to miss these amazing attractions and landmarks.

If architecture impresses you, then make it a point to stop by Pickwick Theater in the heart of Park Ridge.

Located on Prospect Avenue, this theater still shows classic films all the time. Some visitors say it costs only $5 to see a movie. You can’t find that kind of inexpensive entertainment very often anymore!

Would you rather spend some quality time outside? The Wildwood Nature Center on Forestview Avenue has hours upon hours of nature for you to get lost in.

It’s an especially family-friendly spot, where children can learn about different wildlife, pet some animals (not all), and even join a class or event aimed at kids. Adults can appreciate the gorgeous views of nature that surround them as well.

Looking for a window replacement company in Park Ridge or Highland Park? Contact us Today.